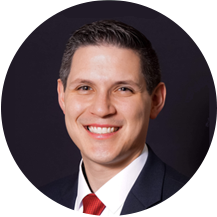 Mauricio Torres is the Chair, Family Based Immigration Department at Wilner & O’Reilly, APLC. He is admitted to the California State Bar. A native of Cali, Colombia, Mr. Torres graduated from the School of Law at the National University of Colombia where he earned his Bachelor of Laws. In addition, he earned a Master of Laws (L.L.M.) from the J. Reuben Clark Law School at Brigham Young University in Provo, Utah. During his time in law school, Mr. Torres spent considerable time volunteering at the Legal Aid Clinic Jaime Pardo Leal in Bogota, Colombia, assisting victims of domestic violence, and employment and child custody cases. For his outstanding public service in the Legal Aid Clinic and as a law clerk to the Chief Justice of the Constitutional Court of Colombia, Mr. Torres received the Shawn Bentley Public Service Award granted by the J. Reuben Clark Law Society—Washington D.C. Chapter.

While serving the Hispanic community in Salt Lake City as a volunteer for his church, Mr. Torres learned to appreciate other cultures and learned of the many difficult challenges families face while attempting to enter the United States. Having gone through several consular interviews and visa applications himself, Mr. Torres understands the difficulties many immigrants face, which allows him to help others navigate the immigration system. Mr. Torres devotes his practice to family-based immigration and adjustment of status applications, nonimmigrant status in the United States (such as U and T status for victims of qualifying crimes and trafficking), waiver applications, naturalization, VAWA petitions, and consular interviews.

Mr. Torres is fluent in English and Spanish.

During his free time, Mr. Torres enjoys going to the movies and theater, hiking, playing the piano, singing, and reading.