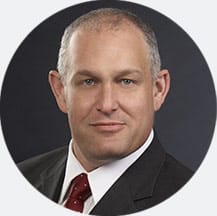 Richard M. Wilner is a founding member of Wilner & O’Reilly, APLC and is Board Certified by the State Bar of California as a Specialist in Immigration and Nationality Law. He is admitted to practice law in the State of California and before the U.S. District Courts for the Central, Northern and Southern Districts of California, the Northern District of Texas, the U.S. Court of Appeals for the Ninth Circuit and the U.S. Supreme Court. Mr. Wilner has received the coveted Martindale-Hubbell AV Rating, the highest legal and ethical rating that one can receive from one’s peers in the legal community. Similarly, he has been awarded the title of Super Lawyer from 2007 to the present. He is best known for his work in advising Fortune 500 companies, middle and small market businesses, entrepreneurs and foreign nationals of extraordinary ability in athletics, arts, and sciences in the complex area of U.S. Immigration and Nationality Law.

Committed to public service, Mr. Wilner served as a Commissioner on the State Bar of California’s Immigration and Nationality Law Advisory Commission. Mr. Wilner is the former co-chair of the Orange County Bar Association’s immigration law section and also serves on the board of the Orange County Jewish Bar Association. He provides pro bono representation to active-duty soldiers from the United States Armed forces in their immigration needs. He has served as the former Military Liaison for the Southern California Chapter of the American Immigration Lawyers Association.

A native of Los Angeles, California, Mr. Wilner received his law degree (Juris Doctor) as well as a Master of Laws (LL.M.) in Transnational Business Practice from McGeorge School of Law, University of the Pacific and the University of Salzburg, Austria. He also received a Certificate in International Law from the National University of Singapore and Bachelors of Arts degrees in Philosophy and Religious Studies from the University of California in 1992. He has worked in Thailand and Vietnam.

Mr. Wilner is married and the proud father of two boys who are both competitive wrestlers. When not working, his time is spent with family, fishing and practicing Wrestling, Brazilian Jiu Jitsu and Muay Thai (which serve as a substitute for his rugby playing days).