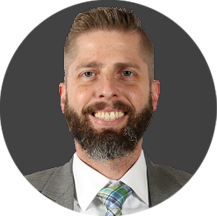 Mr. Carpenter is the Managing Attorney of the Salt Lake City office of Wilner & O’Reilly. He is admitted to the Utah State Bar and the United States District Court for the District of Utah. Proficient in all areas of immigration law, Mr. Carpenter currently focuses on family-based immigration, employment-based, as well as U-Visas, 601 waivers, and investment-based immigration cases. Mr Carpenter previously worked at the immigration firm of Thomas and Jefferies, PLLC in Phoenix, Arizona, and worked for the Executive Office for Immigration Review in Eloy and Phoenix, Arizona. He has authored multiple articles on immigration issues, and regularly engages in pro bono immigration work for indigent clients.