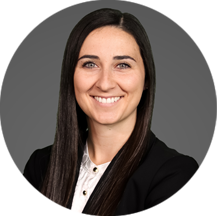 Ms. Gaertner earned her bachelor’s degree in political science from the University of Utah and her Juris Doctor from the Sturm College of Law at the University of Denver. During her time in law school, Mrs. Gaertner worked as a student volunteer with the United States Citizenship and Immigration Services (USCIS), Rocky Mountain Immigrant Advocacy Network (RMIAN) and the Denver immigration court. She also worked as a research assistant and authored multiple articles on various “crimmigration” topics, served as a staff editor on the Criminal Law Review and was awarded the “Academic Scholastic Excellence Award for Oral Advocacy.”

Prior to joining Wilner & O’Reilly, Ms. Gaertner worked as an Attorney Advisor for the Aurora immigration court in the Executive Office for Immigration Review (EOIR) of the Department of Justice. In that position, she researched and drafted decisions on complex removal cases.

During her free time, Ms. Gaertner enjoys playing and watching soccer, reading, hiking, traveling, and spending time with her wife and their French Bulldog, Louis.