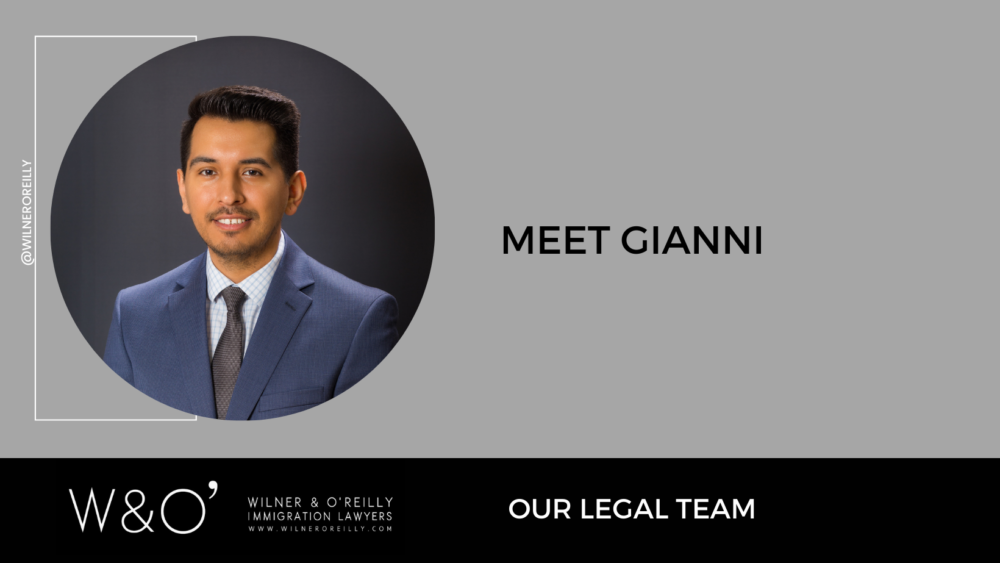 It is with great pride that we welcome our newest attorney, Gianni Arce.

Gianni received his Bachelor of Arts in Political Science from the University of Southern California. He began working at Wilner & O’Reilly in 2015 as a case manager. A year and a half later, Gianni moved to Boise, Idaho to assist with the opening of the firm’s Idaho office. During his time in Idaho, Mr. Arce attended law school.

While attending law school, Mr. Arce continued to work for Wilner & O’Reilly full-time as a case manager and ultimately as  a law clerk. Additionally, he volunteered for the International Rescue Committee, a non-profit organization, where he provided pro bono assistance to refugees and underrepresented immigrants. Mr. Arce received his Juris Doctor from the University of Idaho College of Law. Thereafter, he returned home to California where is now licensed to practice law..

Mr. Arce is fluent in Spanish. In his free time, he enjoys spending time with his family, exercising, watching sporting events and reading.