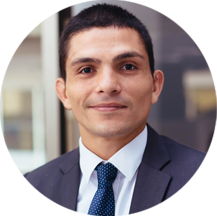 Alejandro Cordero Rothstein is an Attorney in the Removal Defense department of Wilner & O’Reilly, APLC’s Orange office. He is admitted to practice law in the State of California and before the U.S. Court of Appeals for the Ninth Circuit.

Although Alejandro primarily represents non-detained and detained individuals before the immigration courts, the Board of Immigration Appeals and the U.S. Court of Appeals for the Ninth Circuit, he is also extremely well-versed in family and employment based immigration.

Prior to becoming a lawyer in the United States, Alejandro worked as a lawyer in law firms in San Jose, Costa Rica and Shanghai, China where he specialized in international law.

During his free time, you’ll find Alejandro practicing Brazilian Jiu-Jitsu, Muay Thai, and spending time with his wife at the beach.