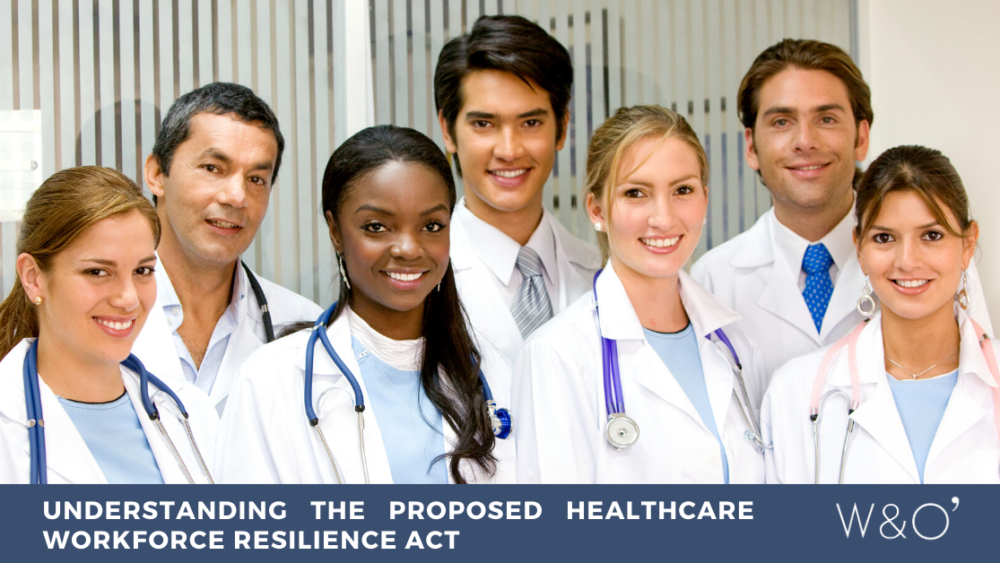 The outbreak and spread of the COVID-19 pandemic has not only put a strain on the medical profession in the United States, but has also exposed areas of concern and vulnerability within the profession as a whole.  As a country, we have been experiencing shortage in medical personnel, which is so vitally needed to combat COVID-19.  However, there is some great hope on the horizon.

On April 30, 2020, Senators Perdue, Durbin, Young, and Coons announced sponsorship of bipartisan legislation, designed to strengthen the healthcare workers and improve access to doctors and nurses.  Recognizing that about one-sixth of our healthcare workforce is composed of foreign born doctors and nurses, the Senators proposed the “Healthcare Workforce Resilience Act.”  If passed, this Act would temporarily pave the way for  international physicians and nurses willing and able to obtain healthcare-related jobs in the United States by accessing unused immigrant visas and would significantly reduce their wait time to permanently live and work in the United States.

It is estimated that thousands of nurses are presently unable to come to the United States because of staggering green card backlogs and bureaucratic delays.  Similarly, thousands of doctors are in the United States on temporary visas, but they cannot legalize their status permanently because of the long green card processing wait times.  The Healthcare Workforce Resilience Act would be so essential to addressing this situation because it would remove the bureaucratic immigration constraints for these dedicated doctors and nurses so they could stay in the United States permanently. Moreover, this Act would help the United States greatly in making sure that our medical needs here can be taken care of and addressed by qualified medical professionals as quickly as possible.

It is not surprising that the announcement of the bill has been well received by the nurses and doctors alike.  “There has never been a more urgent need for the care that foreign-born physicians and foreign trained nurses provide than during the current COVID-19 pandemic.  These professionals play a critical role in ensuring the health of our communities and they are required to meet rigid standards of equivalent education, English fluency and state licensure, and must have clean disciplinary records,” the American Hospital Association and the American Organization for Nursing Leadership stated.   In the same vein, Physicians for American Healthcare Access have also applauded this bipartisan legislation: “The bill identifies an untapped resource in the immigrant physicians that are trained in the US, experienced and in the frontlines. This bill provides permanent residency and allows the immigrant physicians to fully respond to the pandemic without restrictions of work site authorization and protects their families from deportation in the eventuality of disability or death while fighting for their communities. “

If you have any questions about this proposed Act or possible immigration options available to you, whether you are a medical professional or not, please do not hesitate to contact us.  At Wilner and O’Reilly, we practice immigration law exclusively. We have offices in Orange, Fresno, Riverside, San Diego, Sacramento, San Bruno, California, as well as Salt Lake City and Orem, Utah, and Boise, Idaho. We offer a free first consultation at any of our offices.   We will be happy to help you with your immigration situation.