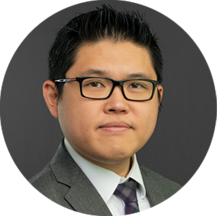 Mr. Wang graduated from the University of California, Davis with a Bachelor’s Degree in Japanese and East Asian Studies, and also studied at the Waseda University in Tokyo, Japan. He earned his Juris Doctorate degree from Southwestern Law School, graduating at the top of his class. While at Southwestern, Mr. Wang was awarded the Southwestern Alumni Scholarship for his service in Public Interest. Also during law school, Mr. Wang worked at the Legal Aid Foundation of Los Angeles (LAFLA) in the Asian Pacific-Islander Community Outreach Unit, where he helped monolingual Chinese clients with their immigration matters. Prior to joining Wilner & O’Reilly, Mr. Wang clerked at the California Department of Justice, working on complex anti-trust litigation matters.

As an associate attorney at Wilner & O’Reilly, Mr. Wang is responsible for preparing and accompanying clients to USCIS for both family and employment-based adjustment of status interviews, naturalization interviews, and N-336 appeals. In addition, he prepares Motions to Reopen/Reconsider and Waivers and Appeals to USCIS, the Administrative Appeals Office, and the Board of Immigration Appeals. Mr. Wang prepares both immigrant and non-immigrant visas such as L-1 intra company transfer visas, E-2 treaty visas, and various employment based petitions, and also represents clients in removal proceedings where he is versed in forms of relief such as cancellation of removal proceedings and 237(a)(1)(h) waivers.

Committed to public interest, Mr. Wang volunteers his time at many community based pro-bono legal clinics. As an immigrant from Taiwan, he has gained valuable personal experience with the immigration system in the United States. Mr. Wang is fluent in Mandarin Chinese and conversant in Japanese.