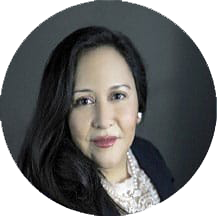 Sully Bryan is the Managing Attorney at the Fresno Office of Wilner & O’Reilly. She is admitted to the Iowa State Bar. Ms. Bryan currently focuses on family based immigration, U-Visas, 601 Waivers, VAWA, and removal defense. Born and raised in Southern California, she is the proud daughter of two immigrants, and the first person in her family to have attended college. She graduated from Whittier College where she earned a Bachelor of Arts in History with a Minor in Religious Studies.

During her undergraduate years, she spent her time mentoring minority students on seeking a higher education. She also worked with at risk youth as a mentor for the Cal State Young Marines. She moved to Utah and continued working in public service by joining Ameri-Corp and worked as the Latin American Outreach Coordinator for United Way of Utah County.

Ms. Bryan received her Juris Doctor from Brigham Young University, J. Reuben Clark Law School. During her time in law school, she served on the board of Moot Court, The Minority Law Students Association, Student Bar Association, and the Latin American Law Student Association. She also participated in the Immigration Law Forum and Women in the Law. In addition, she served as a Mentor to incoming first year students. In 2014, Sully received the Cora Snow Carleton Award; an award that is given to an outstanding female student at the law school.

Before joining Wilner & O’Reilly, Ms. Bryan was a law clerk for the Executive Office for Immigration Review. While at the Immigration Court she assisted the court in performing research on immigration issues, drafting bench memoranda, and drafting judicial opinions for removal proceedings. Ms. Bryan also clerked for the Utah County Prosecutors Office, and the City of Provo where she worked on criminal and civil cases.