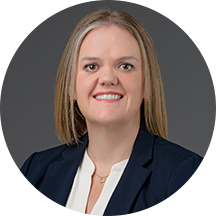 Emily Mckenzie Is an Associate Attorney in the family-based department of Wilner & O’Reilly, APLC’s Salt Lake City office. Ms. Mckenzie started her law school career at Florida A&M in Orlando, Florida and transferred to the University of Idaho in Moscow, Idaho so that she could participate in their immigration  clinic for two semesters. She earned her Juris Doctorate from the University of Idaho in 2009. While in law school she interned at Catholic Community Services of Utah. She was offered a position with them if she was able to graduate early, which she did.

Ms. Mckenzie started working at CCS while also studying for the Utah bar in 2010. Working for a non-profit organization often makes you become a jack of all trades and while her main focus was on Naturalization she also took on a wide variety of cases from adjustment of status to special immigrant juvenile to asylum and refugee permanent resident cases and prior to joining Wilner and O’Reilly, taking on a federal grant focusing on U visa, T Visa and VAWA cases and assisting in Unaccompanied Minor cases.

During her free time she enjoys watching soccer, arguing about soccer and crying about soccer. She also enjoys running, tennis, swimming and exploring new restaurants in Salt Lake City. She is the “cool” aunt to 22 nieces and nephews and most recently a great niece and nephew.