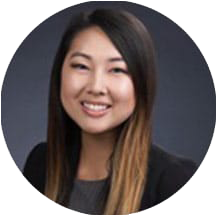 In 2015, Ms. Vo began interning at W&O’ while attending law school. She later worked as a law clerk/case manager. Today, Ms. Vo works primarily in the firm’s employment-based practice where she focuses on non-immigrant petitions such as O-1s and P-1s for extraordinary and internationally recognized individuals, H-1Bs, L-1 intra-company transferees, E-2 treaty investor visas, as well as a range of employment-based immigrant petitions and PERM Labor Certification applications. She also has experience in family-based immigration matters, including but not limited to adjustment of status, I-751, 601/601A waivers and VAWA.

Ms. Vo grew up in Los Angeles with three older sisters and parents who were all refugees from Vietnam. She is a first generation Vietnamese American and the first in her family to enter the legal field.