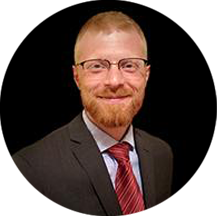 Seth Ashton the chair of  Wilner & O’Reilly’s Litigation Department. Mr. Ashton earned a Juris Doctor Degree from Chicago-Kent College of law and is admitted to the Illinois State Bar. He is licensed to practice immigration law throughout the United States. Over the years, Mr. Ashton has represented clients in a wide variety of matters before the immigration court, the Board of Immigration Appeals, U.S. Citizenship and Immigration Services, the Asylum Office, and Immigration and Customs Enforcement. Mr. Ashton’s experience includes all areas of removal defense, family-based immigration, asylum and protection claims, as well as immigrant detainee rights and policy.

Prior to joining Wilner & O’Reilly, Mr. Ashton worked at the National Immigrant Justice Center in Chicago, Illinois, where he last specialized in removal defense and the intersection of criminal and immigration law before the immigration court and the Board of Immigration Appeals. He also implemented and ran the Legal Orientation Program at Kenosha County Detention Center, where he provided free and in-depth immigration law workshops, as well as pro bono placement opportunities for unrepresented immigrants.